Brian Moores was the dedicated headmaster of Queen Street County Junior School , Thornaby from 1961 to 1966.

Over the years many young people at the school benefited from his interest in sports, drama and the outdoors. He was committed to providing a well rounded education and under his leadership the school organised regular trips to London , Edinburgh and North Yorkshire which were not only  thrilling but, for many, the first taste of life outside of Thornaby. 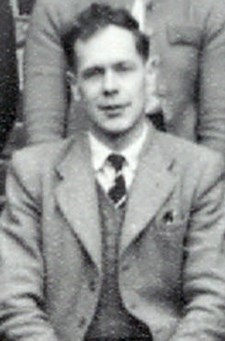 Brian was born  in Farnworth, Bolton where his father worked for the Post Office.

When he was about seven, the family moved to Askam, on the Cumbrian coast, just to the north of Barrow-in-Furness, and there ran the village Post Office. In their teens, both he, and his older sister Betty, attended Ulverston Grammar school.

After school he worked for Exide batteries, qualified in engineering at Bolton Technical Institute, and was a flight mechanic in the RAF.  From 1948 - 1950 he undertook teacher training at St John's College, York, then returned to Barrow to start a career in Primary School education. Brian married Sheila in 1951 and taught in several Barrow schools before, in 1958, moving to the village of Kingsley in Staffordshire to take up his first Headship.

Two years later, in 1960, he accepted the post of Headmaster of Queen Street County Primary School in Thornaby, and there he stayed until July 1966.

In September 1966 he became Headmaster of Oldway Primary School in Paignton, South Devon, remaining in that post until his retirement in 1984, and in 1986 he moved back up to Cumbria.

Brian was always fond of the outdoors and sport, and encouraged sporting activity in all of 'his' schools, along with various other forms of outdoor education.  When he died in 2014 at the age of 90, he left behind a treasure trove of 8mm film footage of school outings and activities that had been recorded over the years.  We are grateful to Derek Smith, documentary film maker and former Thornaby resident, who digitised the Queen Street School films and made them available for us all to learn from and enjoy.

We are especially grateful to Brian's daughter, Rona Bromley, for allowing us to use this remarkable record of what life was like for school children in Thornaby at that time.

You can see more images of Queen Street School in the 1960s on our Picture Stockton website...