Methodism’s founder John Wesley declared Yarm Methodist Church as his ‘favourite chapel’ and ‘by far the most elegant in England.’

The Merryweather family were friends and great supporters of John Wesley. He was reputed to have stayed in their home, which still stands on Yarm High Street, on nineteen occasions.

In 1763 George donated land on the banks of the River Tees and along with John Wesley helped in the design and construction of the chapel to be built there. 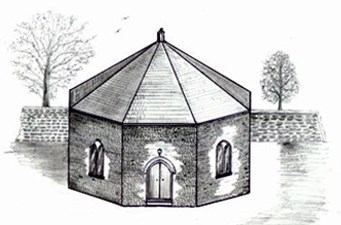 John Wesley was pleased with George Merryweather’s octagonal chapel and used this as the model from which 14 more chapels were built. He even preached here on his 72nd birthday in 1774.

The reason for the octagonal shape was that the building should have ‘no corners for the devil to hide in’. The chapel was extended with a gallery in 1815 with further additions added throughout the years.

George Merryweather died in Yarm in 1817.

Did you know… It is the oldest Methodist octagonal chapel in the world, with an unbroken tradition of Methodist worship since its construction. The building is still in use today and celebrated its 250th anniversary in 2013.